The day after generosity 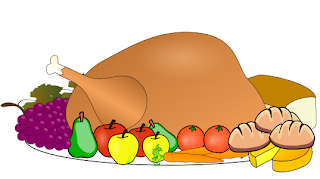 When I was a little girl, everyone around our Thanksgiving table had the last name "Holmgren."

My father coveted our privacy and so the Hans Holmgren family always dined alone.

At least - until the Thanksgiving of 1958 -  when  relatives from "up north" managed to weasel an invitation.

I remember the phone call as if were yesterday.

My mother was busy in the kitchen. My father was smoking a pipe and reading the paper at her pinewood table.

"Don't answer that!" he warned as she picked up the receiver. "Nothing good ever comes from a telephone call on a holiday!"

It was my father's Uncle Oscar and his wife Millie -  people I'd never met.

Millie called from a booth in Nisswa.  They were on their way to town when she remembered they had family in the cities.

Covering the mouth piece my mother whispered to my father - "You know people in Thief River?"

Of course he did.  Uncle Oscar was his father's oldest brother. My father grabbed the phone.

There was a baby shower in Minneapolis tomorrow, Millie told him.   They were going to have to spend the night somewhere.

Would it be okay if they stayed with us? Millie was more than happy to help with the Thanksgiving meal and they would be no trouble at all.

I was stunned when my dad said "Come on ahead.  We got plenty."

But when he hung up, his irritation exploded through the kitchen.

"What am I going to say to them?" he shouted at my mother.  "The last time I saw Oscar, god was a little boy!"

But the harm had been done.  By nightfall - Uncle Oscar and Millie were at our door -  in time for Thanksgiving dinner.

I remember that holiday as if it were last night.

My father greeted his uncle with a handshake; something I never saw him do before.

The old man sat in my dad's chair at the table, while my father perched on our too-skinny piano stool.

The meal, of course,  was perfect. The stuffed, dressed turkey was moist and surrounded by roasted vegetables. The cranberries were crushed with mint from my mother's summer garden and mixed with fresh orange. 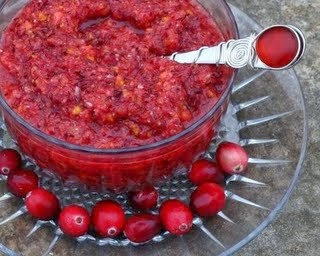 All of this - performed by my mother before anyone dreamed of the word "Cuisinart."


My mother blushed behind the compliment.

That night, Millie and Oscar slept in my bed while I slept on the couch.  They were gone before I awoke on Friday.

Traveling north on one of the many, many country roads leading to Fosston, Grigla, Bagley, Thief River - Uncle Oscar swerved to avoid an oncoming truck and threw the Oldsmobile into a tree.

We learned on the evening news - like everyone else.  Stunned, disbelieving - my father phoned the television station to confirm that the dead were Oscar and Millie Holmgren.

The bodies were at the county morgue, waiting for family to claim. My parents had a terrible argument about funeral expenses, Christmas obligations and how stupid they were to own a telephone.

The following week we drove north for a funeral. 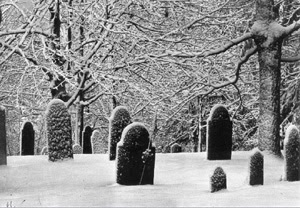 We arrived in time to view both bodies.


My great Oscar and his wife Millie were the first dead people I ever saw.

My father led me to Oscar's coffin and placed my hand on the cool, shaven face of the dead man.

"Say good-bye," he said.  I held my breath and considered the object under my touch; a body without life, a husk, an empty shell.

When he moved me to the next coffin I felt the air in the room grew thin - the floor swirl.  I awoke coughing on smelling salts tucked under my nose.

"She's a little young for all this," the mortician scolded my father.

The drive home was ugly.  My dad swore Oscar and Millie would still be alive if he never invited them to Thanksgiving dinner in the first place.

My mother reminded him that the Holmgrens were in town anyway - to attend a baby shower.

My father did not agree.

"No one in their right mind would drive from Kandiyohi County to Saint Paul in the middle of winter without a decent meal waiting for them on the other end," he said.  "Baby or no baby."

But my mother insisted.

Her words hung heavy in the dark cold air of the Plymouth as silent my father drove,  chastened.

In years to come, others visited during the holidays - and sat around our Thanksgiving and Christmas table. 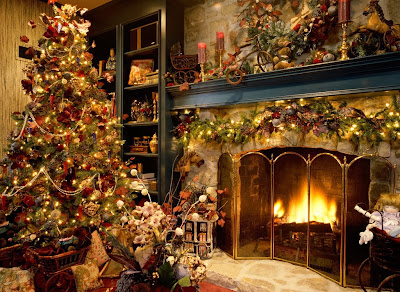 All of them immediate family.  None of them, traveling from far away.

And all of them returning to their homes - without incident.

"We must be doing something right," he used to say.  "Nobody dropped dead in a long, long time."

For the rest of his life, my father never, ever, ever again -  invited anyone outside our immediate family to share a holiday meal.

And that's why you won't hear much from me this time of year.

Nonetheless - a  happy holiday season to you all -  from another member of the inhospitable, ungenerous Holmgren family.