Blood in the aisles - the NRA's shame 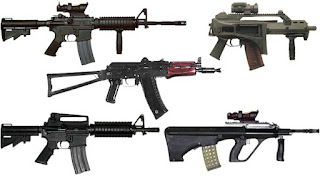 Don't talk to me about guns - I grew up around guns.

My father had a gun shop in our basement where he rebuilt rifles and carved gun stocks.

I shot my first antelope in Wyoming when I was only sixteen-years-old.  Mallards, pheasants - my brothers, my dad and I hunted them all.

My dad belonged to three "gun clubs" in the Twin Cities.  He taught my brother and me skeet and clay shooting. 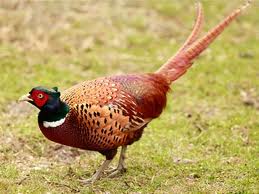 And I know the truth about multiple assault weapons.

Assault weapons are designed for combat - for killing human beings.

Assault weapons do not belong in our American cities.
They are weapons of war - pure and simple.

Not that long ago, they were illegal.

A brief history of the assault weapons ban

The Federal Assault Weapons Ban (AWB) (or Public Safety and Recreational Firearms Use Protection Act) was a subtitle of the Violent Crime Control and Law Enforcement Act of 1994, a federal law in the United States that included a prohibition on the manufacture for civilian use of certain semi-automatic firearms, so called "assault weapons". The 10-year ban was passed by Congress on September 13, 1994, and was signed into law by President Bill Clinton the same day.

The Federal Assault Weapons Ban expired on September 13, 2004, as part of the law's sunset provision. There have been multiple attempts to renew the ban, but no bill has reached the floor for a vote.

"Weapons of war don't belong on the streets," Feinstein said on Fox News. "This is a powerful weapon, it had a 100-round drum; this is a man who planned, who went in, and his purpose was to kill as many people as he could in a sold-out theater. We've got to really sit down and come to grips with what is sold to the average citizen in America.


“I have no problem with people being licensed to buy a firearm, but these are weapons that are only going to be used to kill a lot of people in close combat," she said.

Until they're illegal - my father is rolling in his grave.

Time now - right now - to reinstate the ban against assault weapons in this country.

The abuse of firearms and the irrational "cowboy" perspective of the National Riflemen Association (NRA)  is a national embarrassment.

My dad, my brothers and sisters were life-long members.

At the close of his life - my father shifted his alliance to Ducks Unlimited.

When I asked him why, his answer was simple.

"I'm not going to support an organization too stupid to exist," he said.

Until they stop defending this distribution of this single-purpose firearm, the NRA has blood on its hands.