Remember how the organizers promised us their movement was more than the "sensationalism" behind the irritating title? How they want to stand up for victims - want to speak on behalf of survivors of rape and sexual assault?

Remember how they took your money and promised future action?

So, where are they when we need them?

This past week, Republican presidential candidate Herman Cain, trashed, damaged and denyed four women who dared to call him out on past sexual harassment claims.

Why are SLUT WALK leaders (and the 1400 Minnesota SLUTS who support them) not speaking up in support of Karen Kraushaar, Sharon Bialek and the other women he assaulted?

If there were ever a time in our recent history when women needed other women, this is it.

Not that long ago

Less than two months ago, SLUT WALK promoters promised us that the only way to end the "rape culture" was to "reclaim" the word SLUT, dress like whores, pimps and cops and parade through the streets of Minneapolis. Remember?


I remember because I dared to speak out against SLUT WALK's irresponsible use of the term "slut."  And when I did so,  the wrath of angry women rained down upon me. I received hate mail and threatening phone calls from as far away as Pine City.  The whole thing was a little unnerving.  So, I know personally that SLUT WALK women know how to use the phone to let their opinions be heard.

But this isn't about the way SLUT WALK treats those who disagree.  This is about the sad, simple silence of an organization that promised so much and delivered so little.

Pride in the "S" word

A little stroll down SLUT WALK memory lane for those of you who have no idea what I'm talking about.

The SLUT WALK movement was the brainchild of men and women dedicated to the proposition that all women are created promiscuous - that they are endowed by their creator with certain inalienable rights - and that among those are life, liberty and the persuit of  female-initiated sexual expression.

For those of us silly enough to be insulted by the word "slut," the SLUT WALKERS assured a deeper lesson lurked under their wild-eyed advocacy of provocative dress and reclaiming of the insulting title.

The problem, they said, is not in the negative connotation of the term, SLUT.  The problem is the critic's limited understanding of female sexuality and personal freedom.

According to the SLUT WALK leaders, a woman's claim to independence goes further than accessible birth control and abortion, equal pay for equal work and equal treatment under our common rule of law.

How about them apples?

I know, I know.  I didn't take any of this seriously either, until angry, livid, irate and obscenity spewing rape survivors harassed me, demanding aan apology for my suggestion that SLUT WALKERS wise up to their denial of political context and personal consequence.

I learned something in all this.  Many young women today think that feminism and "freedom" begins and ends with their access to sex with men.

SLUT WALK women consider themselves "free"  when they call the shots - sexually speaking.  That's it.  That's freedom to a SLUT WALKER.

They also believe that women who dress in provocative clothing are not necessarily seeking a sexual encounter with anyone. Never assume, SLUT WALKERS claim, that a woman in a low-cut dress wants you to touch her breasts.  Never assume a woman in fishnet is a hooker.  SLUT WALKERS stand firm on this.

And this is the only point, the singular issue, that is non-controversial  All women, irrespective of dress, action or words, should be free from sexual battery, assault and harassment.

And that's why I thought SLUT WALKERS would be all over the media in support of Ms. Karen Kraushaar and Ms. Sharon Bialek's claims of sexual harassment; the one thing they say that makes real sense.

“I’m walking for someone who is currently being sexually abused and isn’t able to speak out," Minneapolis resident Anna Giuliano said as she marched in the SLUT WALK.

So - what's up?  Why isn't Ms. Giuliano once again in the media,  supporting Ms. Karen Kraushaar and Ms. Sharon Bialek?

Heck, why isn't someone, anyone in that group of women speaking out?

Hurling insults
In the past few days, Republican operatives have begun the slow character assassination of the women Cain assaulted.  They are isolated, maligned and destroyed because they came forward to tell their stories.

I thought SLUT WALKERS would rise up - insist that justice be done to the man who refuses to take responsibility for the sexual and professional damage he did to these women.

Am I wrong to think this?

If the mission of the SLUT WALK is more than flaunt,  am I wrong to expect SLUT WALK leaders to speak in support of Kraushaar and Bialek as they are ripped to shreds by Republican operatives?

Unlike SLUT WALK women, Bialek and Kraushaar never sought the tag  "slut."   But you better believe - they're wearing it today.

For those of you who have been asleep all week. . .

At a news conference in New York on Monday, Bialek said Herman Cain made a sexual advance one night in July 1997, when she went to Washington to meet him and ask for help finding work. The encounter occurred while the two were in a car.

"Instead of going into the offices he suddenly reached over and he put his hand on my leg, under my skirt toward my genitals," she said. "He also pushed my head toward his crotch," she added.

The experience left her rattled, depressed and angry.

Meanwhile,  at the same time, in another part of the country, Kraushaar was stepping forward to complain to the National Restaurant Association of harassment by Cain, who was the association's chief executive.  To silence her and dismiss her claims, she was forced to leave her position at the National Restaurant Association and agreed to a $45,000 settlement from the restaurant group, if went away and promised to never tell her story.

When Kraushaar learned that Cain was running for President, she didn't want her name dragged into any of this - didn't want to be called names and humiliated.

When her case against Cain was outed by Politico, she remained in the shadows.

But when Bialek stepped forward, she did too.

Joel P. Bennett, the Washington lawyer who represented Kraushaar in her calims against Cain, announced her invitation to other women who have been harassed by Cain.  She wants them to join in a news conference to demonstrate solidarity and truth against Cain's blatant and irrational denials.

Dead Feminists speak out!
Since the SLUT WALK organization in the Twin Cities is ignoring this issue, The Dead Feminist Society of Minnesota will highlight it at our January meeting.  Watch for a formal announcement about the following:


On January 18th, join The Dead Feminists Society of Minnesota, when they hosts a presentation by Donna Dunn, Executive Director of the Minnesota Coalition Against Sexual Assault.

With over 20 years of experience in community based private non-profits, Ms. Dunn will share with us her perspective on the ramifications of workplace harassment and the legal consequences of rape and assault.

You're never be called a "slut" when you hang with feminists.  In our circle you're a strong, forthright, powerful woman.   Always.  Count on it.

Walk the walk - talk the talk.
A long time ago, a wise man wrote, "By their fruits you will know them."  The Dead Feminists Society honors our mothers and grandmothers; Susan B. Anthony,  Elizabeth Cady Stanton, Gloria Steinem and Grace  and Claire Deason.

If the choice is between sluts and feminists, we know who we are and where we stand.

The walk is over.  The sluts are silent.

And the proof, my dear, is in the pudding. 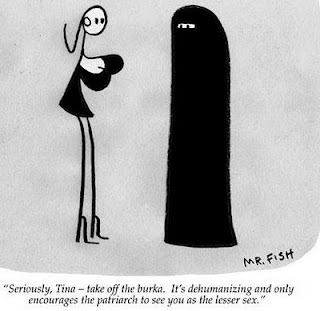