The Twelfth Day of Christmas

I was sixteen the year my father left.  That Christmas there was no tree for decorating, no turkey ready for roasting.

My mother took a job as a cleaning lady at a near-by college.  I was only a sophomore in high school, but I could work too.

There was never enough money for our mortgage, our gas and electric bills. And so it came to pass that I sold hats at the Emporium in downtown St. Paul.

I signed every pay check to my mother.

I knew my father had taken up residence in a hotel somewhere in the center of the city.  Both my mother and I knew he kept company with a woman he met in a bar on 7th Street.

In those days, men didn't leave their families.  Children who came from divorced families like mine were considered the product of a "broken home."  I lost friends when my father ran off with another woman.

I was a child but, even so, I knew that what my father had done was impossible for my mother to accept.  Raised by Swedes, she refused to forgive a man who brought irredeemable shame to our family and her marriage.

Neither one of us ever wanted to see him again.

The days after the holiday were grim in the city.  The lack of snow had slowed the shopping to a dead drizzle.  I was on vacation until January 7th, and so when my manager called me in on the 6th I was glad for the work.

"It's the twelfth day of Christmas," she smiled when I arrived, "and what did your true love give to you?"

I told her I had no "true love."  What I didn't tell her was that I had no one.   My father took everything with him when he left.  My security, my confidence, my family was gone.   I had only a discouraged, exhausted mother, frantic with fear over our poverty and desperation. 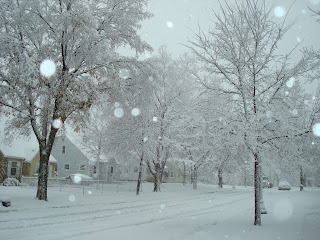 "He might not be your own true love," my manager said as she stepped aside that January morning.  "But someone who love you is here to see you."

I looked over her shoulder and saw him standing against the marked-down holiday corsages.

My father's eyes were dark and shaded in something that resembled sorrow. It had been seven months since I had seen him last.

He wore the old familiar Frank Sinatra hat he wore the day he walked out on us. The tulips were in bloom back then.  I recall the irony in their bright promise, their glorious springtime blessing rising up against the bitterness and anger he threw at my mother as he slammed the front door.

Now he stood before me,  as shriveled and dry as the January wind he escaped.  His old tweed coat was pulled tight across his chest.  He was smaller than I remembered.

This happened over forty years ago. Even so, no matter how long or hard I live, I will never forget the ache in my chest when he spoke to me.

"What do you want?" I asked. Something cold and hard took hold behind my heart.

"I thought," he stammered, "I thought, if you want, I mean, I thought I'd take you to coffee." 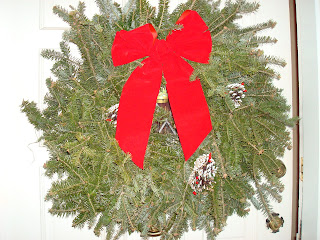 I reminded him I didn't drink coffee. I was only sixteen-years-old.

My manager, out of nowhere, wrapped her arm around me.

"He calls you Duchess?" she chirped. "You go. Go get a donut with your father.  He's your father isn't he?  Let your father buy you a donut."

He looked at me again, his face calm, unmoved.

My father never flinched.  "I don't blame you," he said.

"I thought, I only thought. . ." he stammered while I watched him back away.

She was wrong, of course. 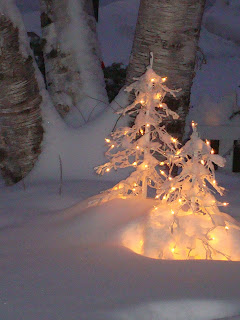 I walked away from them both; my manager and the man who stole my childhood, the traitor who destroyed my family, the coward who broke my mother's heart.

Behind me, I heard my father's stuttering, clumsy exit as he made his apologies to my manager and left the hat department of the Emporium.

"Why?" she asked.  "Why didn't you go? I don't know a girl alive who wouldn't be thrilled to have a donut with their father."

I watched the color rise in her cheeks as she shifted under my lie.

"He seemed like a nice enough man," she said as she walked away.

Nice enough for what?

The twelfth day of Christmas is January 6th.   Only after I caught the bus home, after I made grilled cheese sandwiches for my mother's lonely dinner, only then did I remember.

He died the following year, alone in a hotel room he rented by the week.

I never saw him again.