Weeping in the playtime of others


Once upon a time admission to the movies (we called them "movies") was a dime.  Disney movies?  Twenty five cents.

And for that little piece of silver, a girl got a few decent cartoons (featuring anyone from Mickey to Buggs), a newsreel (the equivalent of a contemporary "public service announcement") and a few hours in the dark with a box of Dotts and a bag of popcorn.

Movie stars were more beautiful than anyone else; the men were stronger, the women blonder than anyone we knew. 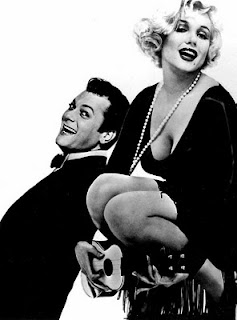 Even so - we came for the stories.

The struggle of virtue over seduction, valor over greed - we loved to watch the good guys win. When one of our heroes was slapped back by despair or discouragement, we held fast to our arm rests, knowing that, if all were as it is supposed to be, everything would be all right in the end.

Somewhere, lost in the magic, I began to write my own stories.

An innocent; a sweet thing - a creature wretched with hope and eternal in her belief that the world is, always and foremost,  a  wonderful place.

Like every girl, however, she faces terrible limits.  A cruel father,  a classmate who hates her without reason, a sibling with a personality dipped in evil and roasted in sadism.

Early in elementary school, I gained a reputation as a writer.  My first grade teacher suggested I try a stage play.  The cast would be my playmates; the plot could be my choosing.

When ever this opportunity was offered, I jumped.   In first grade, I wrote the Thanksgiving play.  Second through fourth - a play for Halloween.

My fifth grade teacher,  Miss Leonard, sought me out on the playground one cold January morning.

I was in my usual place, hidden behind an empty propane tank, watching the pretty girls hold each other; their angora mittens and matching caps tiny against the fierce St. Paul wind.

In those days we were not allowed to wear pants to school  When we were outdoors in below zero weather, we hugged each other to stay warm.

Or rather, they did.  Hug each other, I mean.  The pretty girls.  No one hugged me.  I preferred to hide behind the propane and pretend to be a real person.

And so it came to pass that Miss Leonard approached me with a grand proposition.

Would I, she wondered, write a play for Valentine's Day?

Of course I would.

The story had been brewing for years; beautiful Judy Snyder would be my heroine, bad-boy Dick Nestle would be my villain.

The awful truth behind all fiction and play writing is this  - the writer yearns for all the good things that come to her characters.

Somewhere deep in my fifth-grade imagination I knew that I would love Scott Strecker until the day I die. But if I was ever to have a happy ending with him, I would have to write it and give it to Judy Snyder.

I knew Judy loved Scott.  She told me herself.

Before my front teeth came in crooked, before my forehead began to break out in tiny white heads and before we both noticed that Judy's mother was thin and my mom was - - well, a mom - - - before all that, Judy and I were best  friends.

The teeth, white heads and my overweight mom changed all that.  By fifth grade, Judy Snyder no longer spoke to me.

Childhood is accommodating.  It never occurred to me that Judy might be a shallow, inconsiderate snob.  No.  Judy was beautiful and I was Kristine Holmgren.

And I knew that Judy's solid gold circle pin, the pink poodle on her pale blue felt skirt and her perfect pony tail. .  . all these things endowed her to be Scott's own true love.

Me?  Chopped liver.  No, seriously.  I mean it.  Honest to Pete liver.  Chopped.

And so I wrote a wonderful Valentine's day play where Judy, misunderstood, almost loses Scott's frail attention.   The plot, as I recall, was a little Doris Day and Rock Hudson with some Jane Eyre thrown in for good measure.

The lead character, inspired by Scott,  finds himself failing fifth grade.  He thinks, fool that he is, that his hope is in Judy Snyder.  Brilliant Judy, he believes,  who will fall for any little flirtation, will save him.

All he has to do is ask, and Judy will do all his school work.  Of course she will.  She's a girl, isn't she?

At the close of Act I, we get an inside look at the pressure upon our darling Scott.  Motherless, raised by a drunken, cruel sot of a man, Scott's one salvation is his position on the football team.  He's the quarterback - the hero.

But when his bully father sees his January report card, Scott faces real fear. Better grades, screams his miscreant father, or no more football.   And he means it!

Our adorable anti-hero never doubts that Judy will save him.  His mother abandoned him - he knows she left because his father was such a loser.  But Scott was quarterback.  If his mom was around, she'd be so proud.  And this girl, this Judy - how could she resist him?   He approaches her.

Will she, please - oh please will she finish is math notebook?  Football takes up so much time, and he needs to win the big game.  He loves her eyes.  He knows by her smile that she likes him too. Will she please help him?  Please?

At the close of Act II our heroine Judy, torn because of her reckless love for Scott, stand strong.  That's right - she resists.  She does the right thing.

Scott flunks arithmetic.  His father beats the bejeezus out of him.  And he loses his quarterback position with the team.

And this is a  happy ending.

Because - as in all my plays - in the end,  the male lead realizes  how wise and good is our heroine.

Judy's inability to deny her high ground teaches him a lesson. Goodness is uncompromising.  Scott's mother, who left him with his cruel, awful dad, is not a good person.

Judy, however, is.  And so Scott falls madly, deeply and wildly. And Judy gets to  keep it all - her virtue, her reputation, her multiplication skill and the love of the cutest boy in fifth grade.


Me?  I didn't have a "date" until my senior year of high school.

Maybe that's why playwrights and fiction writers talk about the loneliness of the craft.

Not because we do it alone, although of course we do.

Not because we're often rejected, although of course we are.

Rather, because we write of lives we know but do not live.  Listen to what we say when you hear us interviewed on public radio.  We talk about the emotional depth of our characters - the fierce challenges faced by our leading men, the vulnerabilities of the female leads, and the soft, quiet decency of every one of our imagined people.

Seldom do we speak of our own experience.

Memoir is the land of narcissism.  Nonfiction is the terrain of intelligence and confrontation.  Fiction and theatre are the lonely territories of the outsider, populated by a strange, curious creature who weeps easily, loves deeply, and hides in the corner of the playground, waiting for another opportunity to watch her characters embrace.