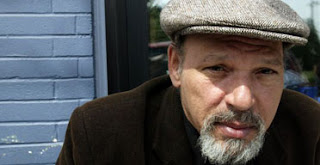 August Wilson used to write here.  Last week the bartender showed me the bar stool where he used to sit.  Scruffy, distant, caught up in the crafting of his dialogue, Wilson drew quiet attention while he wrote.

"He talked to himself ," the bartender said.  "Got real animated too.  Like you."

When I write my plays,  I record what the characters in my head say to each other.  In my imagination, I see their posture, watch their gestures, and write stage directions to replicate their attitudes and emotions.

I didn't realize, however, that I'm mouthing their words.  Not until the Frost bartender told me so.

"Must go with the territory," he winked as he poured me another glass of pinot grigio.  "You're all a little flaky, huh?" 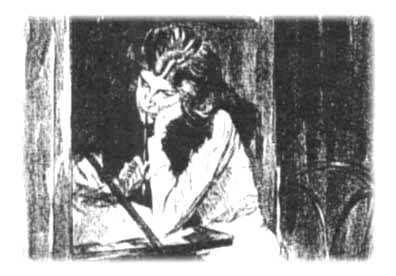 Writing plays is like writing fiction - only more so.

The fiction writer creates the scene.  Pulling from a repertoire of  descriptive language, elegant vocabulary and evocative constructs, she frames a plot from thought, intention and inner-turmoil.

Playwrights give up the luxury of  building plot upon anything other than character.  Action, dialogue, and the occasional soliloquy are our only tools we have for our story telling.

Writing a play is like setting free the characters that haunt and tease the imagination.  Upon the page, headed for the stage, their voices become clear - their destinies revealed.

August Wilson talked to himself.  I guess I do too.

I can live with that.