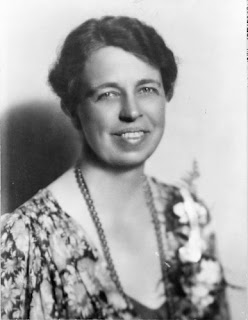 Isn't it odd how role-models find us?
I never thought, for example, that I would grow up to be a playwright. I wanted to be the first woman Pope.

Never mind that Presbyterians don't believe in the Holy See.  I thought I had the personality to break through all that nonsense.
Although I've been writing for the theatre since I was an adolescent, I always considered my playwright activity a hobby - never a calling.
In my mind, I saw myself more of an Eleanor Roosevelt type than a Beth Henley.

You know who Eleanor is, don't you?  And Henley?  That's what I thought. Let me help . . .
Beth Henley wrote the wonderful play, "Crimes of the Heart" and then essentially, retired.
Don't be embarrassed.  I never heard of Beth either.  Not until I started writing plays and paying attention to the ones I admire.

Before then, I considered myself a social reformer. Most of my professional life has been slapping back the powers-that-be, and educating the rest of the world to the evils that threaten to undo us.

Been there.  Done that.
No more fighting with the windmills for this girl - from now on, I'm only interested in dialogue to move the story along.
My heroes, growing up on Goodrich Avenue in Saint Paul, were the strong, independent, women in my neighborhood - the ones who lived without men and raised fabulous gardens and wonderful ruckuses.
Mrs. Fischer lived across the street.  When her husband died, she took a job with Saint Paul Book and Stationery and conducted city-wide book review salons for wealthy Crocus Hill matrons.  She ran the Minnesota Republican party forever, before she saw the light and turned to the left.  She died a wild-haired Democrat.
Down the street from Mrs. Fisher, Pam Kermott's mother raised her three daughters alone, working nights at the Tastee Bakery.

A chain smoker and closeted poet, Mrs. Kermott liked to warn all of us about the evils of what she termed, "being boy crazy."  She introduced me to the work of Margaret Mead and the poetry of Sylvia Plath. "Crazy woman," she told me, "but brilliant.  Usually the two go together." 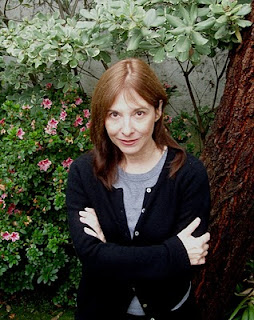 Eleanor Roosevelt wasn't a Saint Paul woman, true - and I don't think there was a crazy bone in her brilliant body.

But from afar, she seemed to be my ideal - I didn't know, however, how she suffered.  When I was young, I had no idea Eleanor bore five children to a man who betrayed her by an affair with a woman she trusted.

I never knew that, from that realization forward, she never again slept with her husband.
Henley won the Pulitzer for Crimes of the Heart - - I learned this when I played the role of Lenny for the Northfield Arts Guild production.
When I studied Beth Henley, I learned that the first, professional production of her play was in a community theatre.  From small beginnings her little show advanced to a New York stage where it gained the recognition it deserved.
I don't know if Henley is or was ever married.  It doesn't matter.  No one writes or broadcasts Henley's politics.  No one cares. I don't  - that's for certain.
What I care about is the way in which her art educates me to what is possible.
My play PAPER DADDY premieres next year at the Northfield Arts Guild.

Is it as good as Crimes of the Heart?

You're asking the wrong woman.
Come see it and tell me what you think.  Next year, Northfield - - from there?  Who knows.

If Mrs. Fischer could make a fabulous career out of selling stationery at Saint Paul Book, anything is possible.